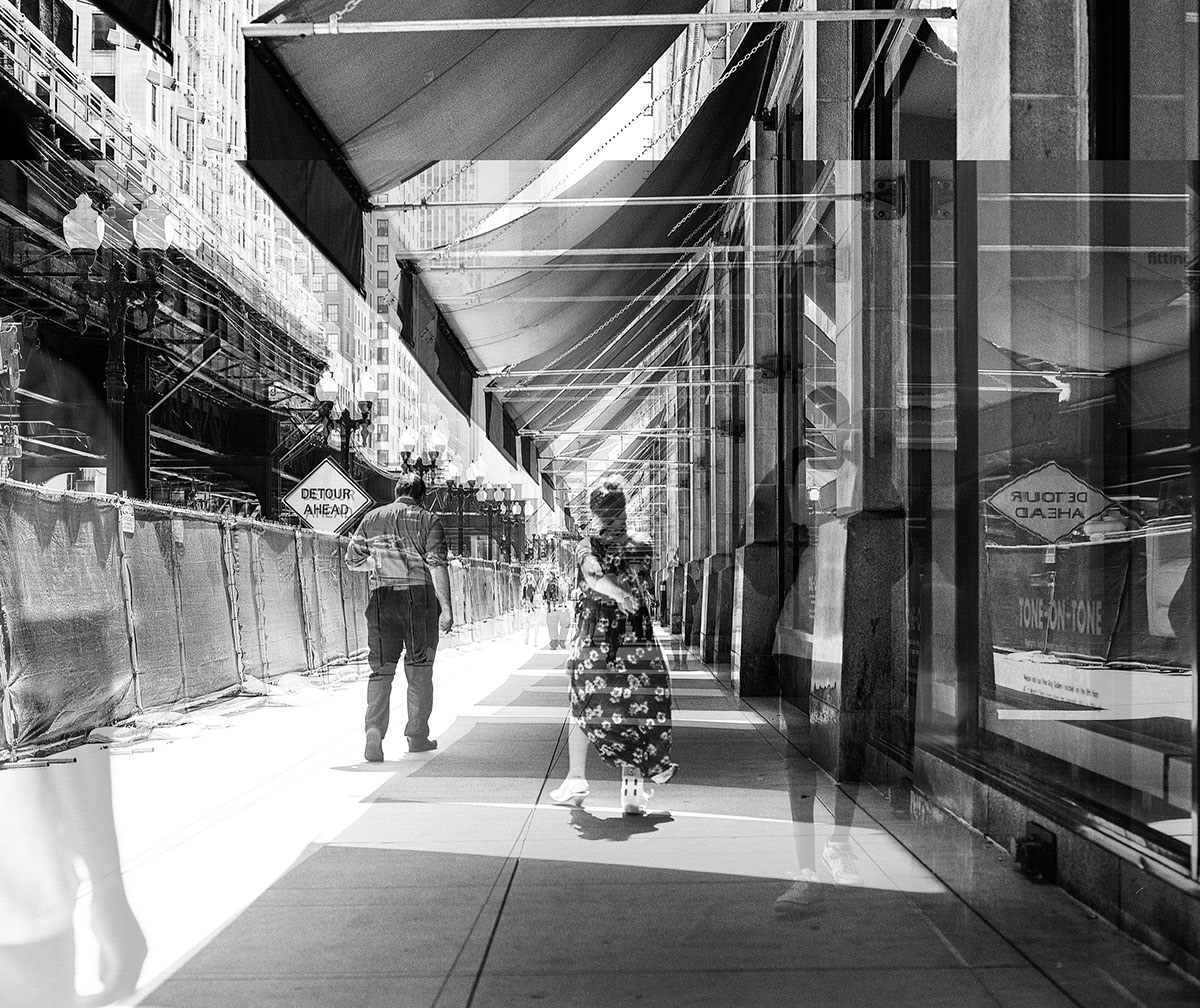 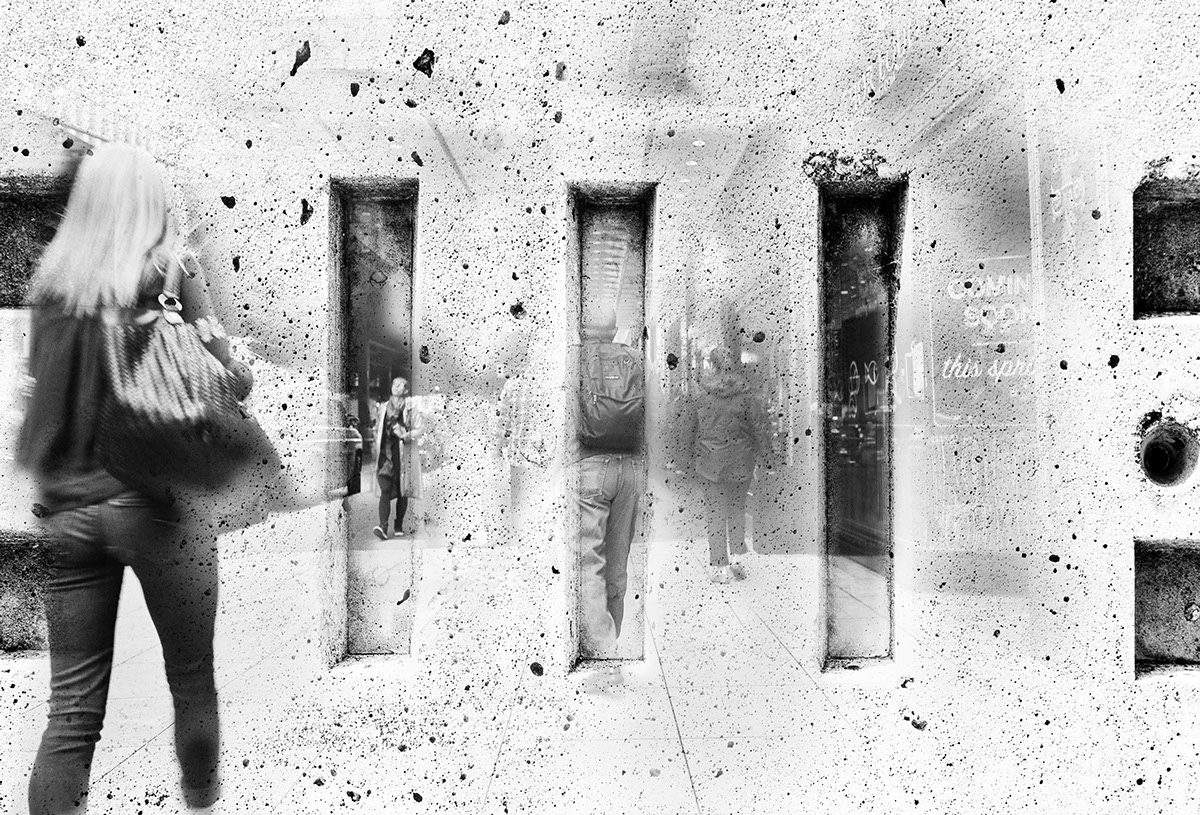 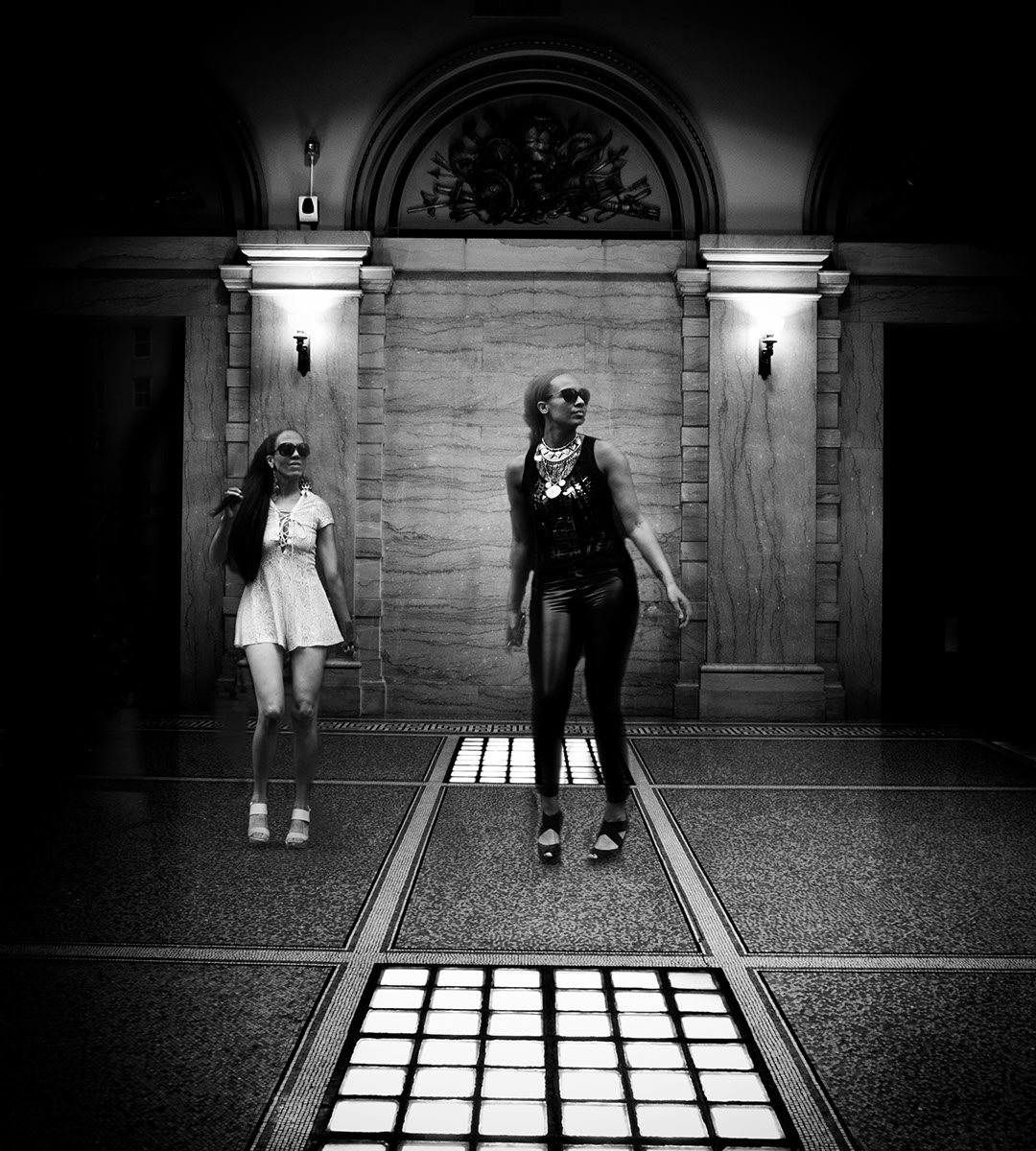 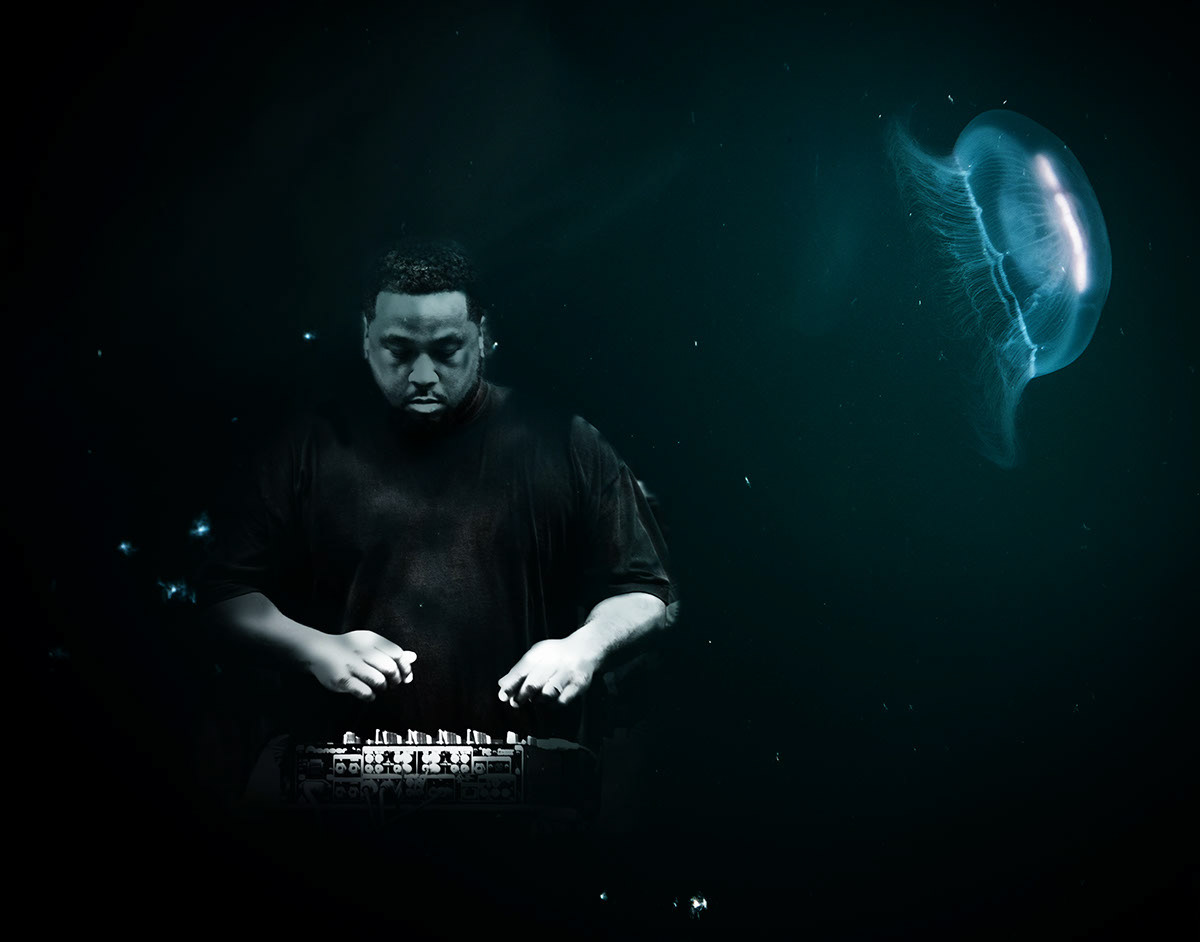 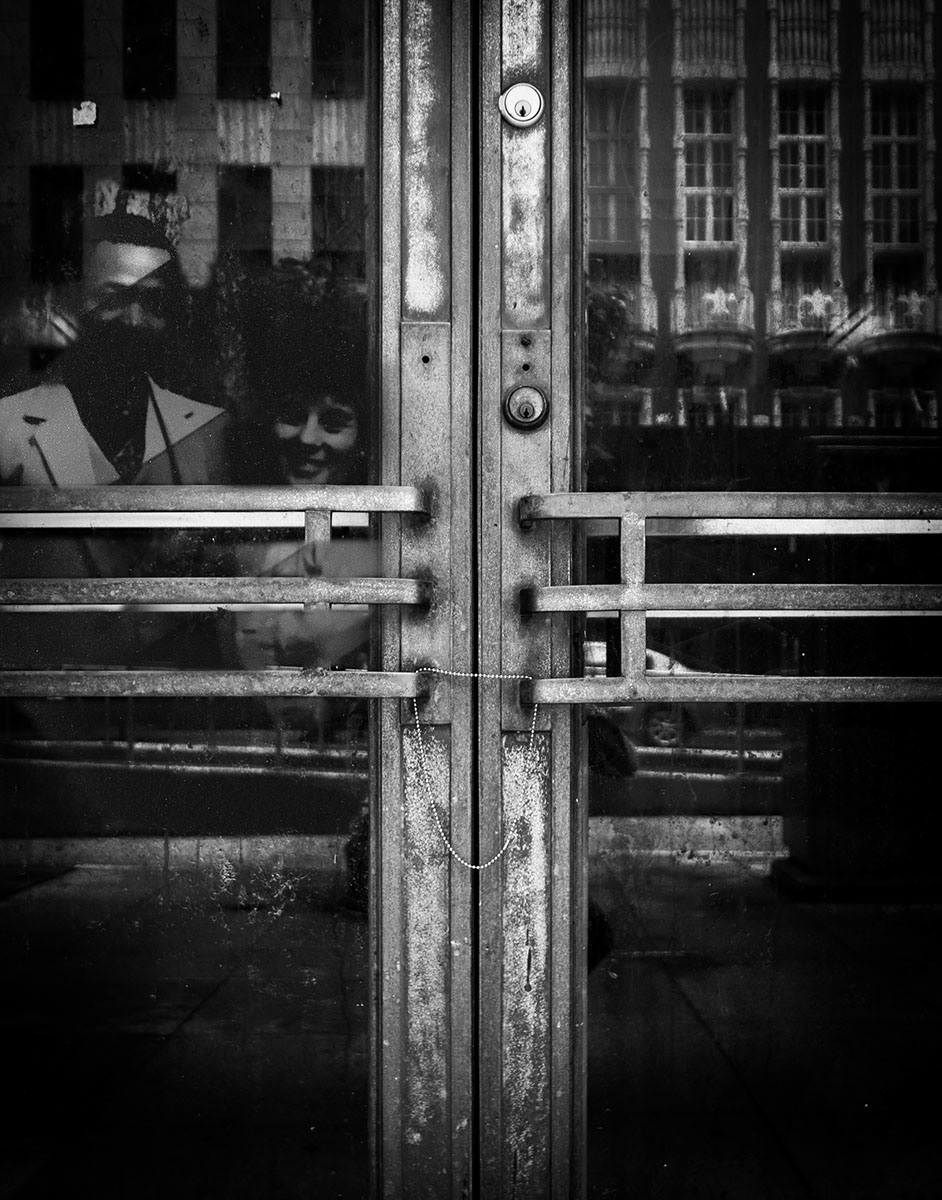 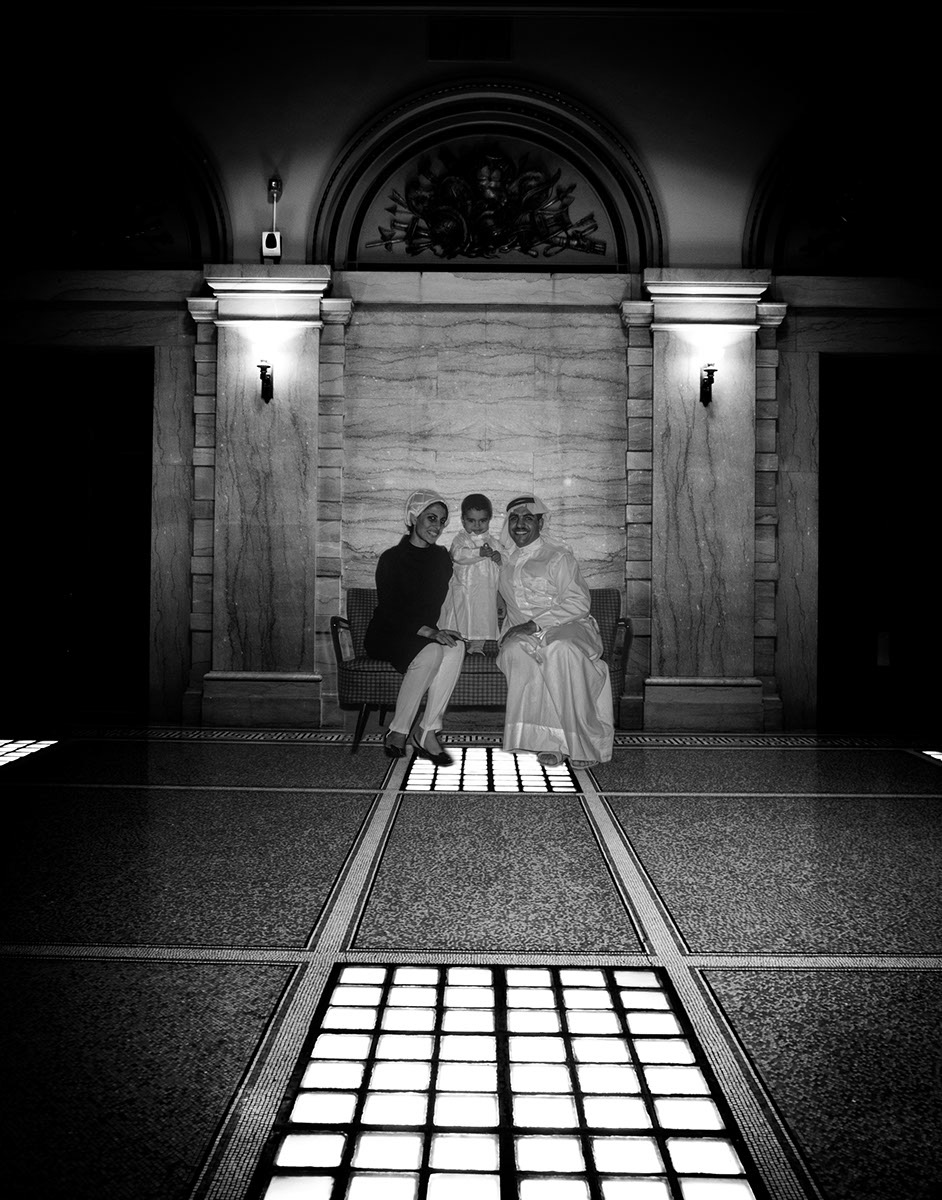 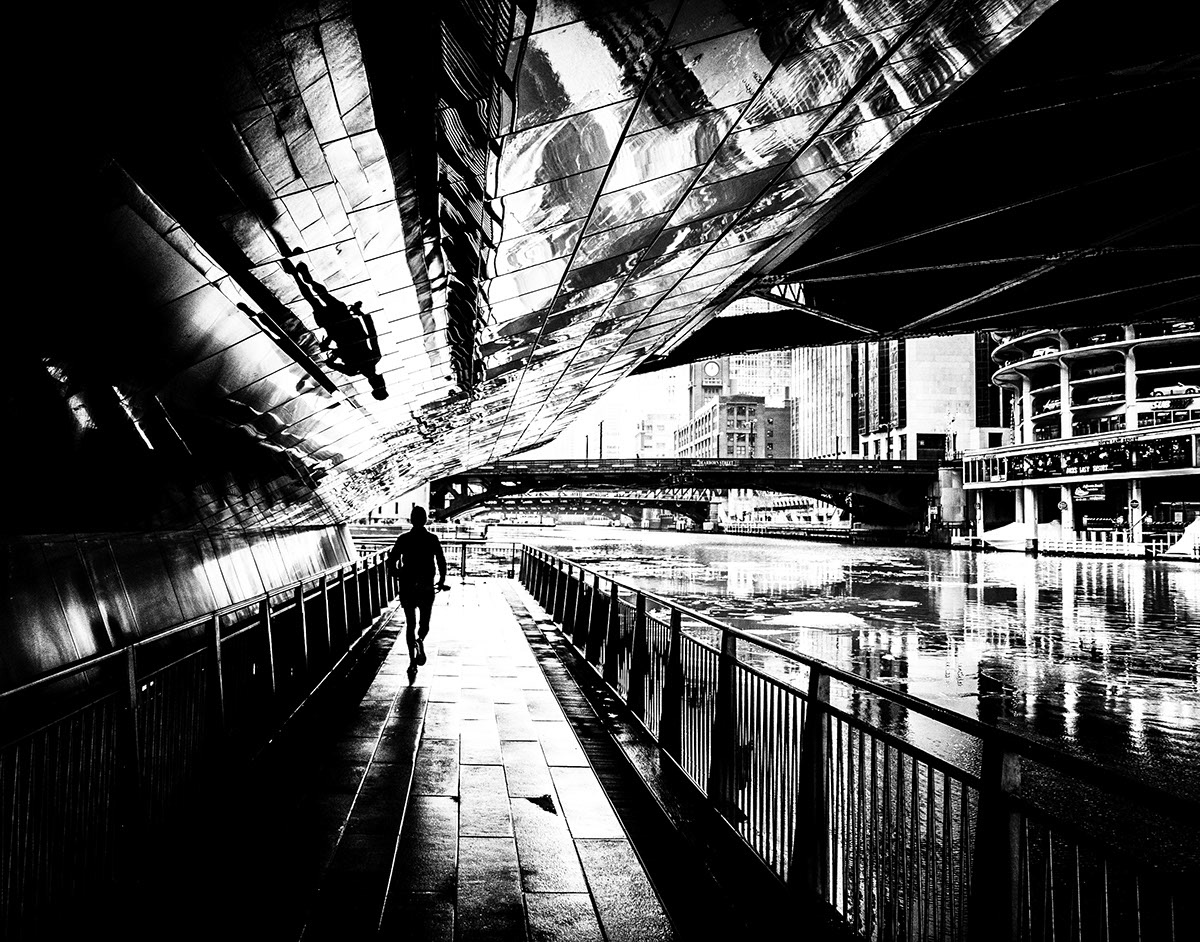 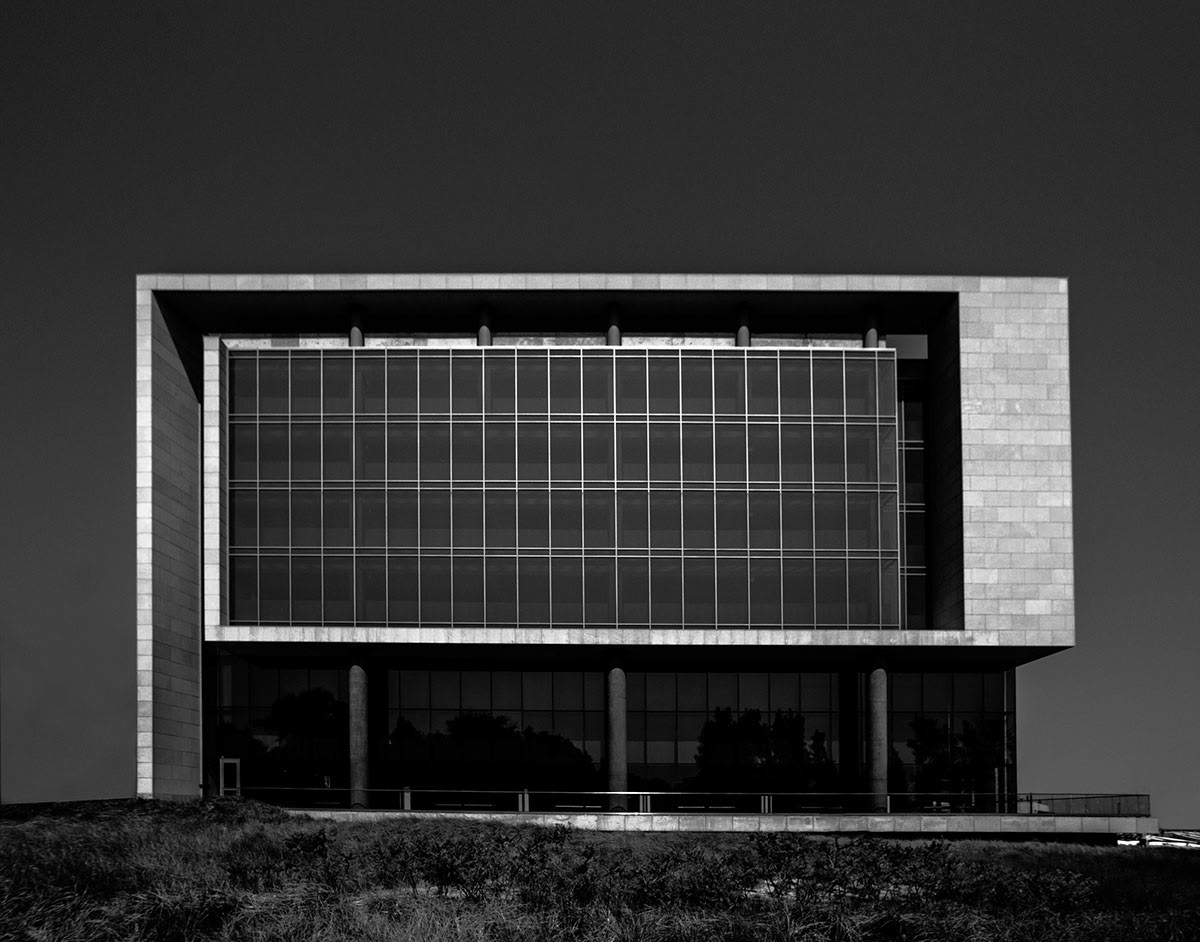 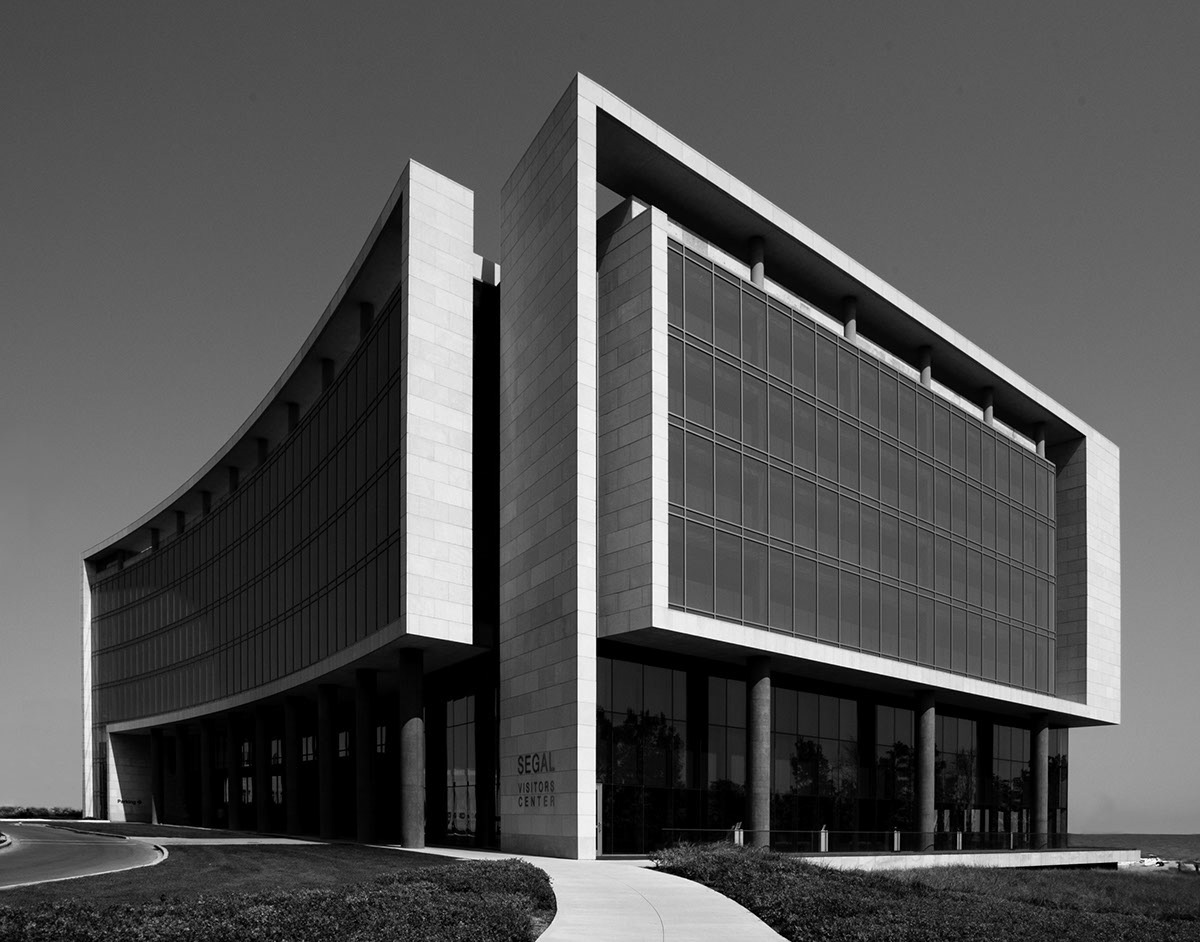 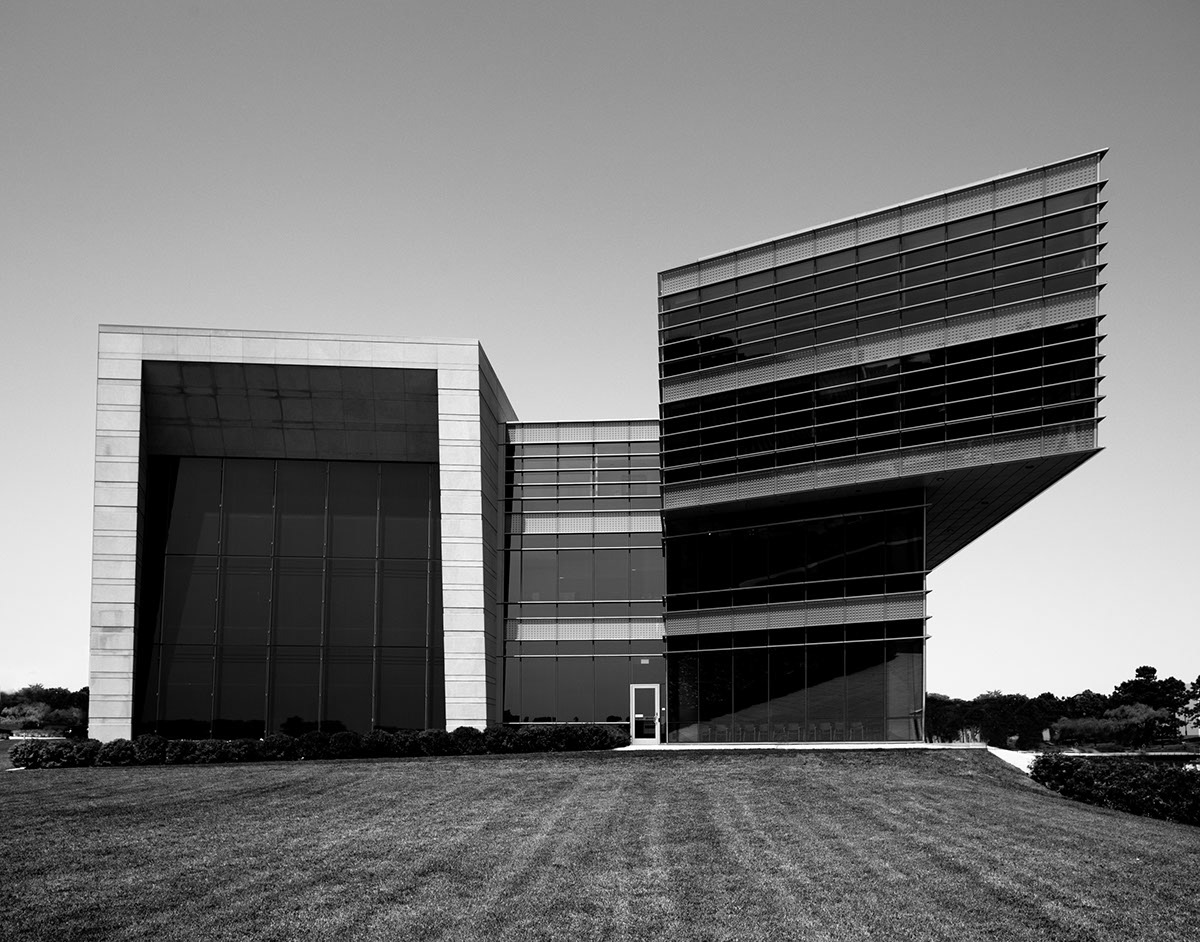 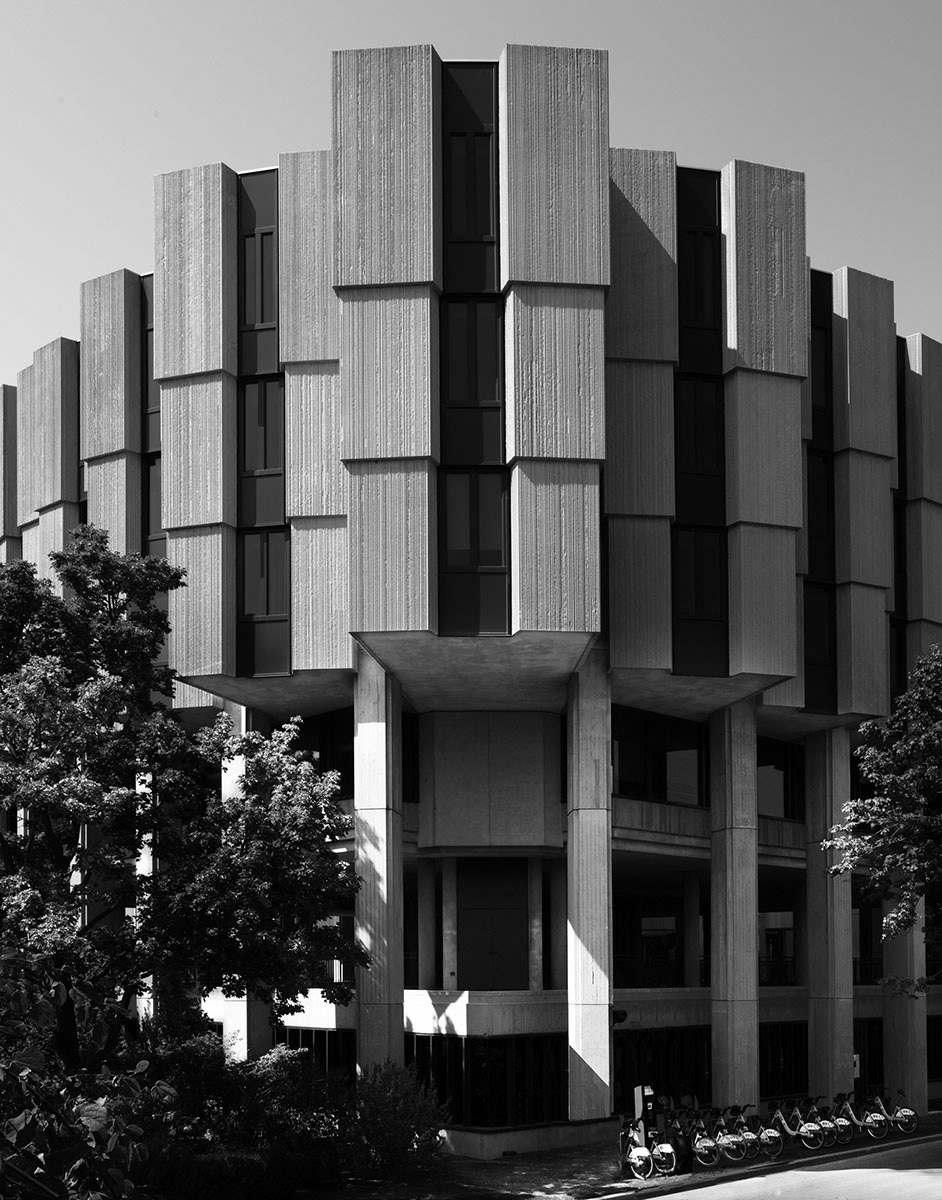 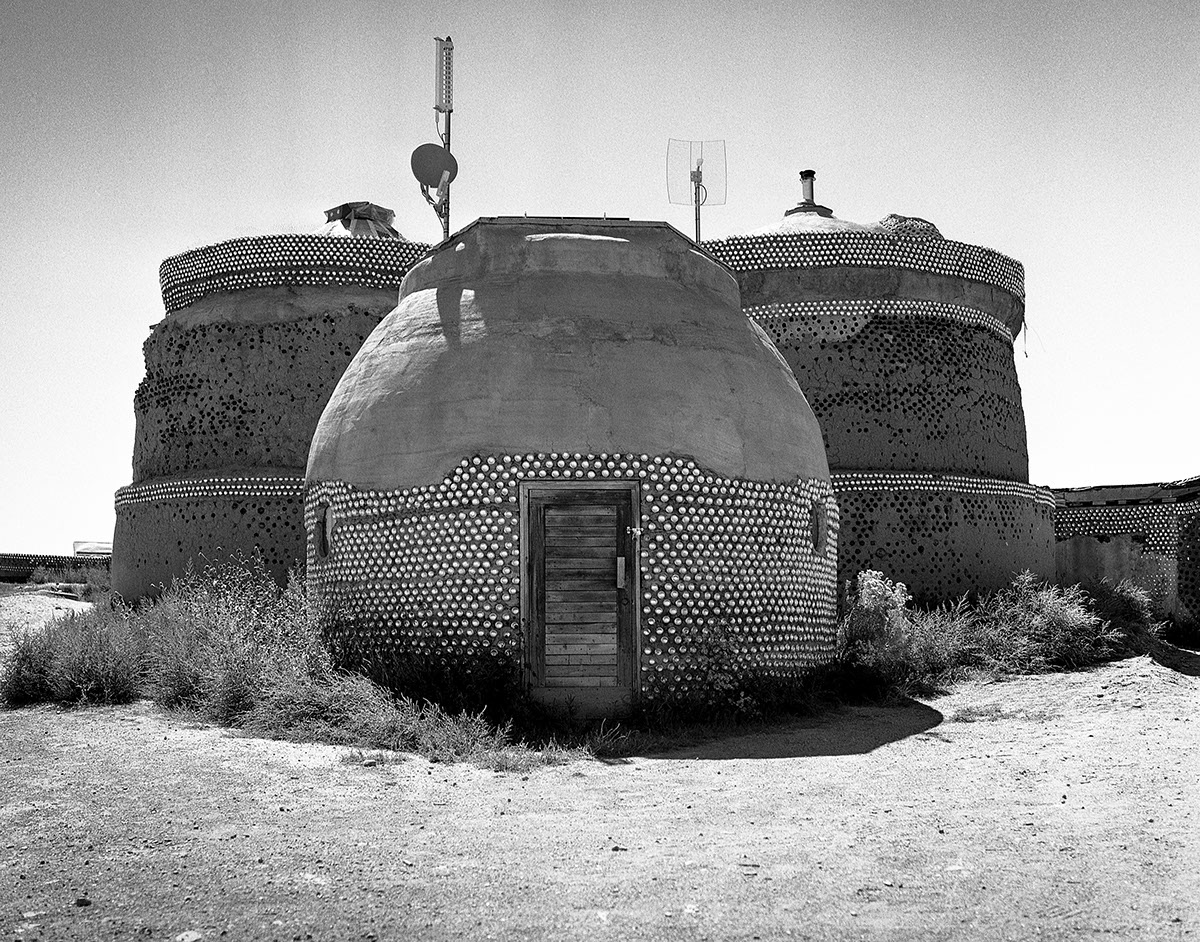 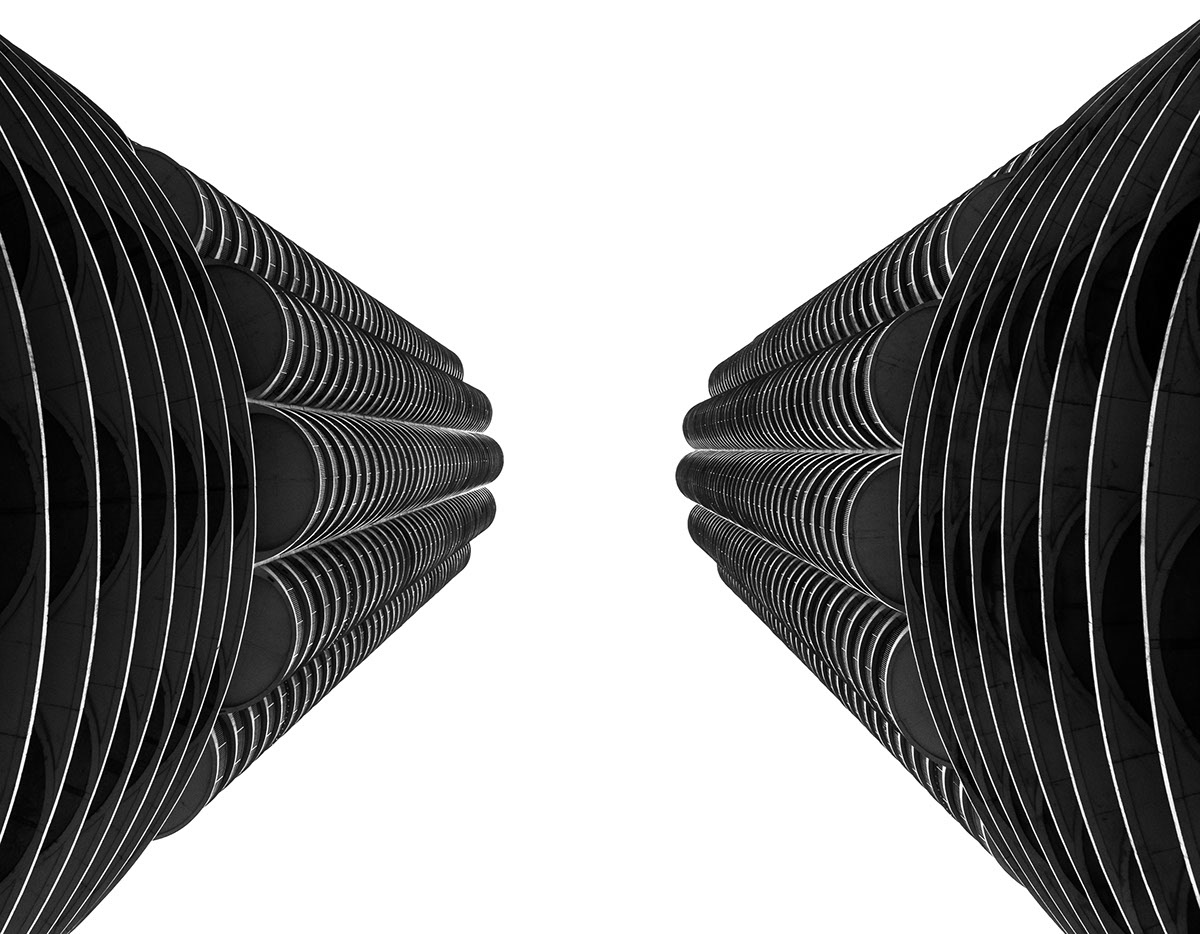 You can see these pictures in the Living room at Curt's Cafe at:
2922 Central Street Evanston  (847) 868-8385
While you are there take the time for coffee, great food and appreciate the work does in helping people get real experience in the job market.
Boogie Pilgrims
What happened to the band?
Two singers separated from the band by space and time.
Permanent Storage
For times when more durable storage may be required. The key difference in this picture is that it represents something impossible, people, merging into some inanimate object. To a degree, this represents my concerns about nuclear weapons, where the flash etches shadows of people on concrete.
Sea of green
Terry Hunter - Chosen Few DJ's sharing the green seas off Iceland with a Jellyfish
Ghosts of summer shoppers
The ghost of summer shoppers shows people taken at that location over a short period; apart from the multiple exposure effects, they all belong there.
Why here
The people shown were my teachers family, from when I lived in the middle east in the 1960's, educated, generous and kind, yet we will now show them the wall no matter what pain they suffer. In this case, they arrive in the Chicago cultural center; they would have surely liked that. The original image was shot on 35mm Kodachrome 64.
Still waiting for the great leap forward
The people in the picture were my neighbors from 35 years ago when I lived in Sheffield (UK) - for some reason, a test strip print of them was left in a box of old prints I have. I didn't print all their pictures at the time.
Segal Visitor Center ( 1 & 2)- Northwestern University
Opened in 2014 Architect: Perkins + Will, Chicago, Engineers: WMA, Structural Engineer: Walker Parking Consultants
Northwestern University Bienen School of Music
Design: Goettsch Partners, architects
Northwestern University Library - The building was designed in Brutalist style by Walter Netsch of Skidmore, Owings and Merrill. Construction started in 1966, and the library opened in 1970.
The Runner
Shot in winter along the Chicago River Walk.
Earthship - New Mexico
Earthships are a design by Michael Reynolds, founder of Earthship Biotecture and the Earthship Academy.
Marina City Chicago on a grey day
The Marina City buildings were designed in 1959 by architect Bertrand Goldberg

Hubbard Street Murals 2000
↑Back to Top